Todd Wilkinson, Writer and Founder of Mountain Journal and one of our conference speakers sat down with Future West’s Director Dennis Glick for a recent interview. Dennis shared his thoughts on the Conference as well as the broader socioeconomic and environmental issues facing this region. Read more about how our work and upcoming conference will look to address the questions: How can communities, working landscapes, and wildlands save their essence during booms, and how do others prevent themselves from being blown away? https://mountainjournal.org/how-western-towns-and-wildlands-weather-epic-change 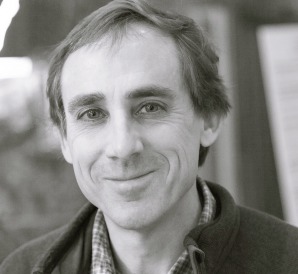 Todd Wilkinson is an American journalist and author proudly trained in the old-school tradition of asking tough questions and pressing for honest answers. He is the founder of Mountain Journal. Since he began as a violent crime reporter with the legendary City News Bureau of Chicago, Wilkinson’s work has appeared in a wide variety of national publications, ranging from National Geographic and Christian Science Monitor to The Washington Post and many others (on topics of environment, art, culture and business) in-between.

He is author of several books, including the critically-acclaimed Science Under Siege: The Politicians’ War on Nature and Truthand more recently, Last Stand: Ted Turner’s Quest to Save a Troubled Planet and Grizzlies of Pilgrim Creek: An Intimate Portrait of 399, the Most Famous Bear of Greater Yellowstone that features 150 photographs by Thomas D. Mangelsen. The latter won a High Plains Book Award. Recently, his longstanding syndicated column, “The New West,” was named best column in the country by the National Newspaper Association for small market newspapers.

Wilkinson lives in Bozeman, Montana and has had assignments taking him around the world, but foremost he loves writing about, and exploring